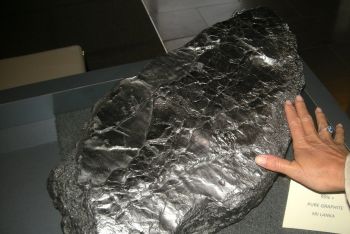 Only two other producing graphite mines in Sri Lanka Today

-Being mined from both ends at 2,299 feet from undergrou
-Was producing 6,000 tonnes of value-added graphite annually prior to the global recession and restarted operation at its Ragedara vein mine in July 2012

PLUMBAGO (from Lat. plumbum, lead), a name frequently applied to graphite, “Miniran” in sinhala Languge. When Chemistry was in its early days and the graphite was thought to be a form of lead. Because of this, it was called “plumbago” (Latin for “acts like lead”). The black core of pencils is still called “lead”, even though it does not have any lead in it. In allusion to its remote resemblance to lead, whence it is popularly called “black-lead.” Date: c.1910
Location: Colombo, Ceylon
Photographer: Plate & Co., Colombo 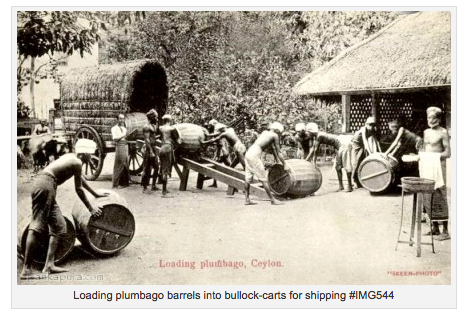 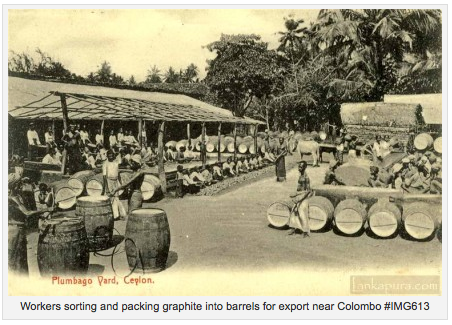 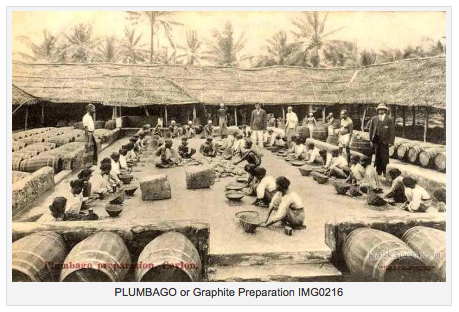