How is natural graphite priced?

While not a commodity, graphite is a commonly traded mineral around the world. The way it is priced is not transparent, it is not an exchange listed mineral and Industrial Minerals Data is the only source of world graphite pricing.

While many factors can impact the overall cost of the end product, a differentiation can be made between the major and minor price variables.

The two most important parameters of graphite pricing are chemical and physical: Carbon content (measured in percentage) and mesh size (the physical size of the powder or grains). The natural forms of graphite – amorphous, flake and vein – dictate these parameters.

Both carbon content and mesh size can affect the price of graphite. They can move either independently or together, but the principal is simple: if either the mesh size or carbon content rises, the price will rise. If both parameters are high then the bargaining power of the seller increases.

Transport, specifically sea freight, as a major cost factor also impacts the end price. The two most common sea freight contracts are FOB (Free on Board) and CIF (Contract, Insurance and Freight). While FOB was historically favoured by the industry, CIF has risen to prominence in recent years as the most favoured agreement between buyer and seller.

Transport can account for up to 30% of the total price.

Who buys and sells natural graphite?

Natural graphite is predominately sold by the mining company directly to the end markets. The chief buyers are large refractory or steel manufacturers. There are a handful of specialist graphite traders around the world that control trade into Europe. Some of these traders also conduct value added processing of lower purity grades of graphite from Asia and Africa.

Outside of China, the price is controlled by the larger mining companies and their negotiations with the major refractory manufacturers. Inside of China, the flake graphite price is set by producers in Shandong and Heilongjiang while amorphous graphite is controlled by one government-run company in Hunan province that produces 92% of the world’s supply.

Since 2009 consumers have moved from long term contracts to a spot market deals which has caused price volatility. The global economic crisis has made it very difficult for companies to forecast how much graphite they will need on an annual basis. With volatile prices, the majority have opted to use short term agreements on a quarterly or even monthly basis. This allows them to offset the investment risk and increase cash flow in turbulent times.

The diagram below shows the basics of graphite pricing.

The industry saw continuous price decreases for a 6 month period between April 2012 and October 2012 but a period of stabilisation has since taken hold.

Despite the significant drop, many minerals have fared far worse with fluorspar hitting all-time lows following a similar 2011 peak. 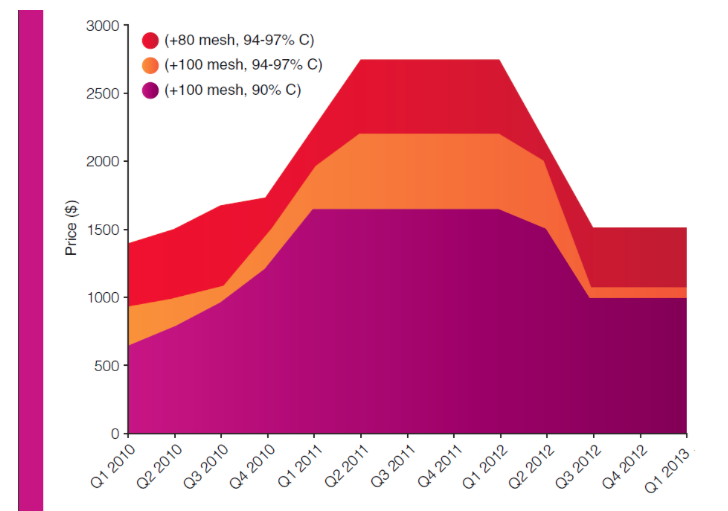 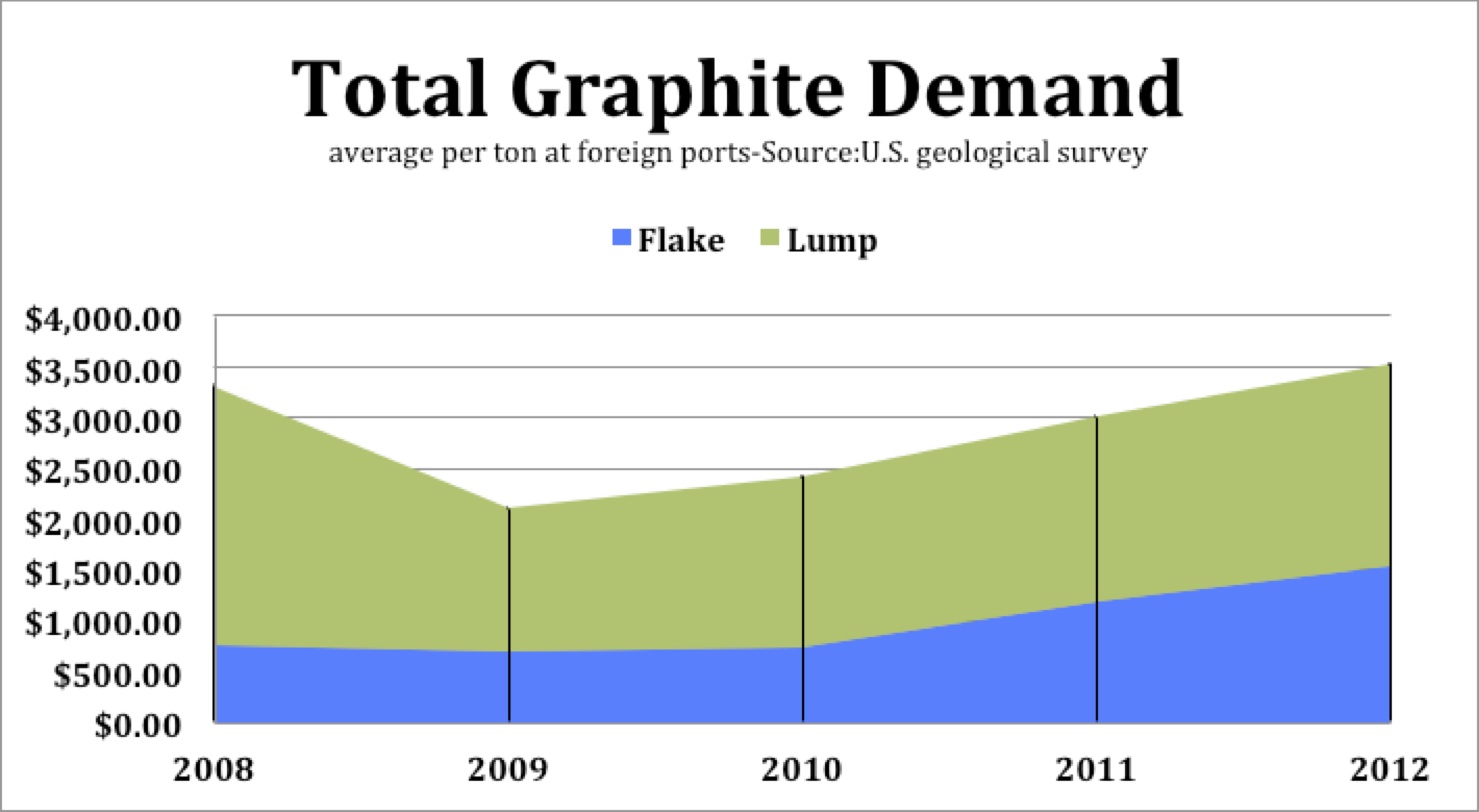