Graphene may be the most remarkable substance ever discovered. But what’s it for? 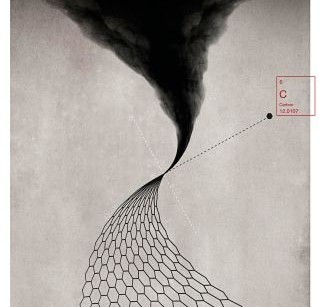 May 2015 | John Colapinto | New Yorker
Until Andre Geim, a physics professor at the University of Manchester, discovered an unusual new material called graphene, he was best known for an experiment in which he used electromagnets to levitate a frog. Geim, born in 1958 in the Soviet Union, is a brilliant academic—as a high-school student, he won a competition by memorizing a thousand-page chemistry dictionary—but he also has a streak of unorthodox humor. Read more>> 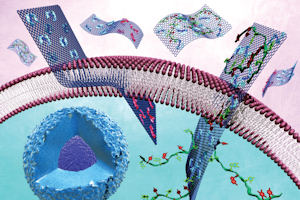 25 Feb 2015
University of Manchester scientists have used graphene to target and neutralise cancer stem cells while not harming other cells. Read more>> 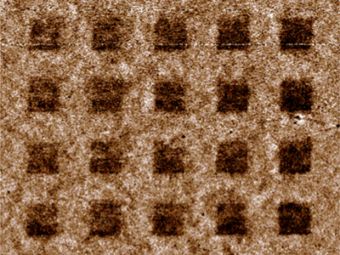 By Dexter Johnson
Posted 19 Mar 2015 | 19:01 GMT
Now researchers at the U.S. Naval Research Laboratory (NRL) have gone back to imparting just magnetic properties into graphene, and in so doing may have developed a method that could lead to graphene becoming a new data storage medium capable of a million-fold increase in capacity over today’s hard drives. Read more>>

Deep frying graphene pom-poms could be key to better batteries

January 19, 2015
Graphene has only been around for a few years but people are already getting jaded about it. Finally, researchers have started to make some movement on practically exploiting the incredible power storage potential of graphene. Read more 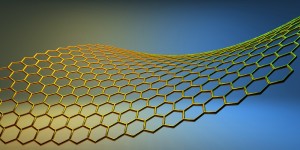 12 July 2013
The use of graphene in telecommunications could dramatically accelerate internet speeds by up to a hundred times, according to new research by scientists in our Department of Physics.
In a paper published in Physical Review Letters, researchers from the Centre for Graphene Science at the Universities of Bath and Exeter have demonstrated for the first time incredibly short optical response rates using graphene, which could pave the way for a revolution in telecommunications. Read more>> 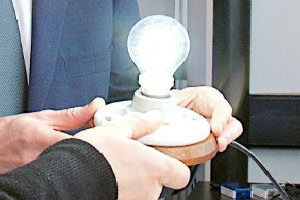 30 Mar 2015
A graphene lightbulb with lower energy emissions, longer lifetime and lower manufacturing costs has been launched thanks to a University of Manchester research and innovation partnership. Read more>>

Graphene Is The World's Most Amazing Material, And Now We Have A Simple Way To Make It 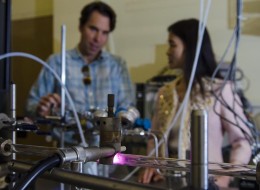 Posted: 03/19/2015
Source:The Huffington Post | By David Freeman
The plasma-enhanced chemical vapor deposition system developed by the Caltech scientists. Dr. Nai-Chang Yeh and Dr. David Boyd are visible in the background.
And now scientists at Caltech in Pasadena, Calif. say they have figured out how to make the stuff on an industrial scale--a breakthrough that could open the floodgates to a seemingly endless array of graphene-based products. Read more>>

How graphene and friends could harness the Sun’s energy 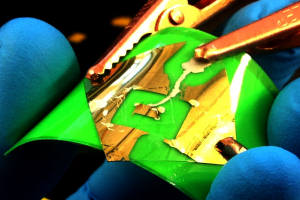 03 May 2013
Combining wonder material graphene with other stunning one-atom thick materials could create the next generation of solar cells and optoelectronic devices, scientists have revealed. Read more>> 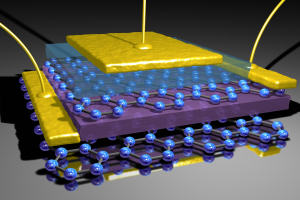 Graphene transistors could be key in medical imaging and security devices

30 Apr 2013
A new transistor capable of revolutionising technologies for medical imaging and security screening has been developed by graphene researchers from the Universities of Manchester and Nottingham. Read more>>