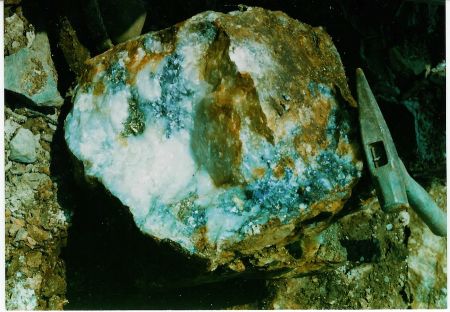 Gold mineralization in quartz veins occurs on Highrock Island. The “Main vein” crosscuts mafic volcanic rocks where the volcanics have been intruded by granitic rocks and diabase dykes. Drilling shows that the vein is sometimes within the diabase dyke, sometimes at the contact of the dyke and granitic rocks, and sometimes within the volcanics. Quartz stringers and en echelon veins, most less than one metre long, occur on both sides of the Main vein.

The gold is distributed throughout the quartz either as small particles, or in fractures in the quartz, or may be contained in sulphides minerals. The gold mineralizing event is a late-stage phenomenon, and occurred when the metamorphism and tectonism of the belt were essentially finished.

The gold mineralization on Highrock Island and surrounding area is coarse gold, irregularly distributed in the quartz veins. This means that while one sample may return a very high assay, the sample next to it may contain no gold, a phenomenon known as the “nugget effect”.

Samples from the walls graded very high, up to 3 oz. Au/ton. Four bulk samples, each weighing approximately 800 lbs, yielded an average of 0.625 oz. Au/ton over an average width of 1.5 metres. The Main vein has been investigated underground by means of a two-compartment vertical shaft 70 metres deep, with a station at the 37-metre level and a 38-metre long drift at the 67 metre level.

Mapping on the 37-metre level indicated a quartz Main vein of up to 1.2 metres wide, with numerous quartz stringers up to10 cm wide in the east wall. The combination of vein and stringers gave the zone a width of 3.7 metres. On the 67 metre level. the Main vein was mapped and chip sampled every 1.5 m along its length, yielding an average grade being 0.081 oz. Au/ton. The vein width varied from thin quartz stringers at its north end to a 0.9 metre-wide vein at the south end.

Manitoba Industry, Economic Development and Mines has published a “reserve” estimate for the Main vein of 404,000 tons grading 0.26 oz. Au/ton. This figure is not in compliance with the requirements of National Policy 43-101.
N. Ralph Newson, P.Eng., P.Geo.

The Mount Copeland deposit lies within metamorphic rocks flanking the southern margin of Frenchman Cap Dome, 32 kilometers northwest of Revelstoke, British Columbia. The rocks have been metamorphosed and subjected to three phases of deformation. Lenses of syenite pegmatite and syenite aplite are common along the northern border of the nepheline syenite unit, and because of their concentrations of molybdenite, are the focus of economic interest. During the life of the Mount Copeland mine (1970-1974) almost all production was from these aplite-pegmatite bodies within the syenite gneisses, more specifically the Glacier zone, which was up to 3 meters thick and exposed for 121 meters along a strike length of over 1 kilometer. The object of Saint Jean Carbon's exploration efforts will be to attempt to find a repeat of the Glacier zone, which produced 163,278 tonnes grading 1.1 percent molybdenum. 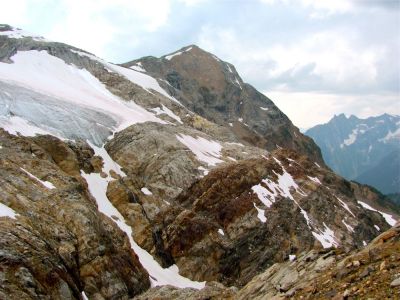 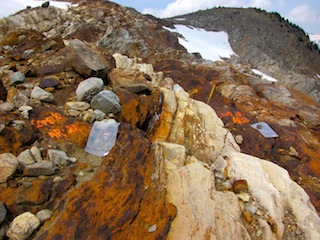 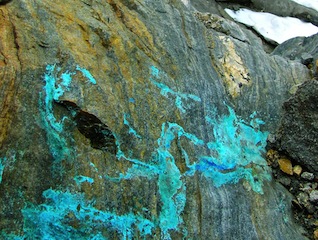 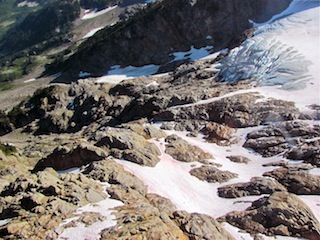 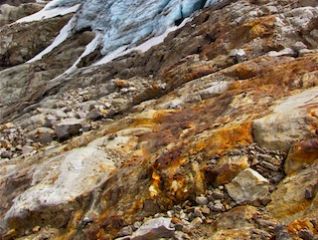 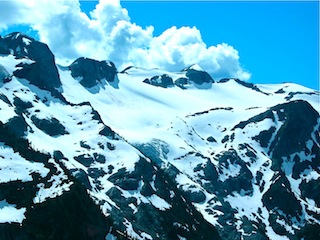 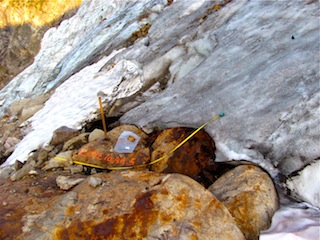 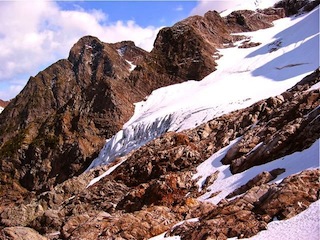 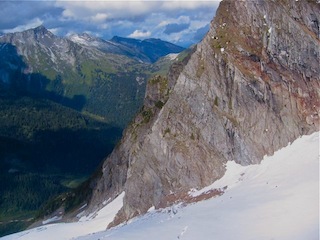 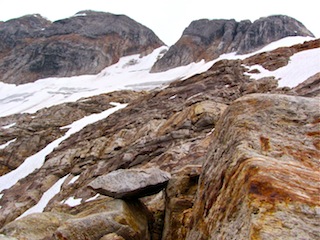 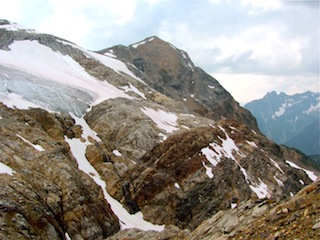 Red Bird also hosts Copper and Rhenium. Rhenium is one of the most expensive metals in the world with limited supply. 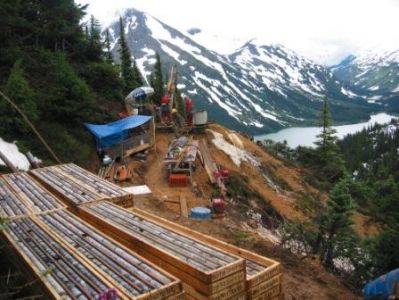 Exploratory work to date has shown that the Red Bird deposit is comprised of three zones of molybdenum concentration referred to as the Main, Southeast and Southwest zones within a property totaling 1,836 ha (4400 acres) and is located 133 km southwest of Burns Lake and 105 km north of Bella Coola. The Red Bird mineral claims are bordered by the boundary of Tweedsmuir Park to the east and north. This park is a designated protected area that excludes all industrial activities including mineral exploration and development. The entire claim area is open to mineral exploration and development. In the Haven Lake area, the park boundary corresponds to the drainage divide between the coast and interior watersheds. This drainage divide is also the boundary between the Omenica and Skeena Mining Divisions. Access to the property is via float plane in June-October and by helicopter in winter. Float plane access is available from Nimpo Lake and Bella Coola located south of the property and from Burns Lake or Houston northeast of the property. The property is open to the southwest and lies 45 kilometers from tidewater. 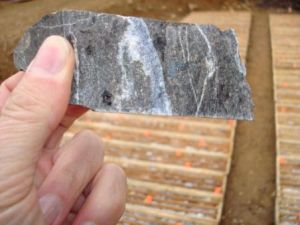 The property also hosts rhenium which is in high demand. The number of rhenium producers has fallen significantly over the past decade, to the point where just three companies now supply almost all of current world demand.

Rhenium's supply-demand balance is currently very tight: world demand of some 41 tons per year is met by primary production of 35.5-37 tons per year, with the balance derived largely from recycled material. Demand is unlikely to fall in the coming years,  most probably continue to rise.

Nickel-based superalloys of rhenium are used in the combustion chambers, turbine blades, and exhaust nozzles of jet engines. These alloys contain up to 6% rhenium, making jet engine construction the largest single use for the element, with the chemical industry's catalytic uses being next-most important. Because of the low availability relative to demand, rhenium is among the most expensive of metals, with an average price of approximately US$4,575 per kilogram (US$142.30 per troy ounce) as of August 2011; it is also of critical strategic military importance, for its use in high performance military jet and rocket engines (Wiki).